The Barcelona Market Guide – Barcelona, the city of markets!

The Barcelona Market Guide – Barcelona, the city of markets! 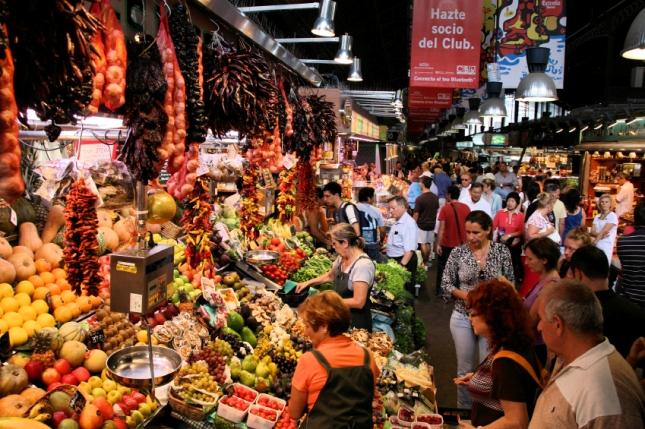 It doesn’t matter if you are an experienced or novice market goer – when in Barcelona you really ought to pay a visit to one of the many city markets. Whether you want to buy specific things, be it souvenirs, art, food or second hand goods, or you just want to walk around and experience the hustle and bustle of Barcelona’s colorful and lively markets. Or you might just want to try the freshest produce or some baked goods that are very useful while staying in one of our Barcelona apartments. Or mix with the residents and soak in the local culture and atmosphere. Or all of the above. The reasons to visit the city markets abound, and luckily – so does the offering at each of Barcelona’s many markets. So pick one or a few you’d like to visit and add those to your list of must-see (& experience) sights because market shopping in Barcelona is a unique and wonderful experience!

Barcelona is often regarded as one of the best examples of a Market City system in action. No matter where in Barcelona you are, you are almost never more than 10 minutes away from a market. This is because both the city and its residents realized that markets are about much more than food. They are about people and they are some of the most vital public spaces. In fact, Barcelona residents rank their public markets as the second most valuable public service after libraries. The city officials listened, agreed and decided to invest in markets, so many of the city’s markets have been renewed in the last two decades, and even new ones were built. Unlike most other big Western cities, Barcelona didn’t abandon its food markets and exchange them for shopping malls and box supermarkets, but instead made significant investments in existing city markets and expanded the market network to accommodate the growing population.  It is exactly the markets’ role as cultural and social centers that generated much of the public support that then lead to this type of investment.

Today, the majority of all the fruit, vegetables and fish bought in Barcelona is actually bought at markets. A total of eight thousand vendors work at over 40 public markets throughout Barcelona. In turn, they are supporting 65 million visitors a year and a €1 billion turnover.

But it’s not just food you can buy at the markets in Barcelona. The city also has many markets that specialize in other goods such as antiques, art, second hand goods or collectables. In fact, you can find pretty much anything at the markets in Barcelona – you just might need to read up a bit and plan your shopping in advance if you are searching for very specific items. To help you out with that – here’s a list of the most interesting markets in the city that are definitely worth a visit. The list includes everything from food markets to markets that specialize in art, collectables, flowers, some flea markets and some second hand markets with a twist.