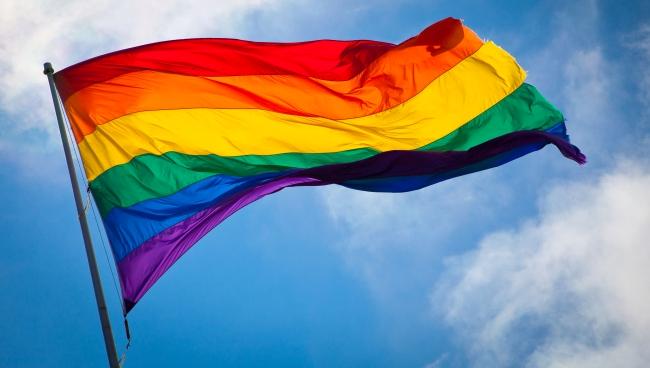 Barcelona Pride is a major lesbian, gay, bisexual and transgender festival that is not-for-profit, packed with both cultural and entertainment content, and showcases the best of this wonderful city. It is a great time to visit Barcelona and enjoy the natural beauty of the Mediterranean coast together with the cheerfulness and solidarity displayed during this 10 day festival. It is also the perfect time to visit if you like to party hard!

Until a couple of decades ago Spain was a very conservative country and the society seemed quite restricted and closed when it comes to equality. Yet soon after General Franco’s death, things started to change – and they changed rapidly!  Recently, Spain has even busted that marriage equality door open and now loudly and proudly supports equal marriage for all!

Although Barcelona was among the cities who were at the forefront of the social and cultural changes that followed General Franco’s death, strangely enough it has always been lacking a proper Pride festival for itself. Locals seemed to have instead opted to go to Madrid and take part in the famous Madrid Orgullo. But as Barcelona grew and became one of the top tourist city destinations in Europe, particularly attracting LGBT tourists, it became obvious that the city needed to have its own Pride festival. During the summer, next to the beach, and in an enchanting and gay-friendly Mediterranean metropolis – it was bound to be a huge success!

Started in 2009, Barcelona Pride Week is still quite young, but it already spans ten days and draws tens of thousands of visitors each year who want to support and celebrate the LGBT push for equality and acceptance, or just party hard! Last year’s event drew in an estimated 150,000 attendees and the organizers aim to hit 200,000 this year. As (sexual orientation) equality issues are almost completely solved in Spain today, the organizers have decided to take some of the politics out of Barcelona Pride and instead inserted a lot more fun and entertainment – and that’s all the push the event needed to become international. Tens of thousands of tourists come to Barcelona just for its Pride each year, making the event that much more interesting and fun!

Although it is not as big, or commercial, as next month’s Circuit Festival that takes place in Barcelona and attracts even more of national and international LGBT tourists, the Pride Week festival does offer just as much content in terms of partying options, sauna naughtiness, special parties, and even bar promotions and shopping discounts. It also offers most of this free of charge, except for a few of those special parties you will have to pay an admission fee for. Even these, however, will be relatively inexpensive and available on the spot.

This year’s Pride festival is set for June 21st through 30th, with the main Pride Parade happening on June 29th and followed by a massive outdoor party in Avinguda Reina Maria Cristina in Plaça d’Espanya. The main party in Plaça d’Espanya will include the mandatory reading of the Pride manifesto, as well as drag shows, human tower makers and famous DJs. During the 10 day long festival, over 30 associations, companies and most of the LGBT community will come together and offer cultural events, debates, leisure activities, sports – and of course – parties! The day before the Parade, is also packed with events including Stiletto racing (Carrera de tacones) and the official Pride BCN Drag Race. The evening culminates with an unforgettable foam party (Fiesta de la espuma) taking place on the Avinguda Reina Maria Cristina at Plaça d’Espanya. Sunday is reserved for fun at the Tibidabo (amusement) park, while the week leading up to the main weekend is packed with cultural events and parties throughout the city (the so called Pride City and Pride Cultura). Be sure to check the official website for more details. Also, keep in mind that the Sitges Gay Pride (Barcelona’s neighbor) takes place in June this year, just a few days before the Barcelona Pride. The exact dates are June 13th to 17th and should you have the time – you might be interested in catching both of them during your trip to Barcelona!

As Pride does attract many national and international tourists, and takes place during a generally touristy month of June, it’s important to note that the city does get full and accommodation does get scarce and expensive. It is therefore advisable to book your accommodation in advance to get the best price and location. Barcelona does have a few gay operated and gay-friendly hotels, but it also has a vast selection of short-term rental apartments that are as gay-friendly as you need them to be and don’t even complain if you bring someone home. They are often even cheaper than hotels and you definitely get a much better selection of location options. They often offer several beds and are by far the best option for a couple or group of friends.

Come and see for yourself why Barcelona Pride is already listed among top European Pride festivals and is actively bidding to host one of the future EuroPride events!