The Picasso Museum, Barcelona – An inspiring collection of wonderful art

The Picasso Museum, Barcelona – An inspiring collection of wonderful art 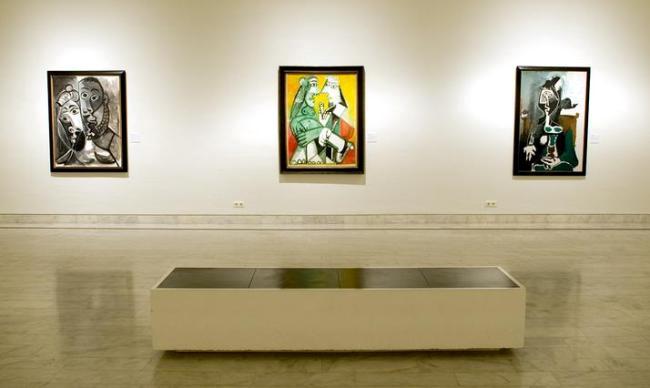 Ideally located within Barcelona’s city centre, the Picasso Museum boasts an impressive collection of the famous artist’s early work.  Housed within five historical palaces, the museum is an attraction that is definitely worthy of a visit and welcomes tourists from all over the world.

Pablo Picasso was born on 25th October 1881 in Malaga, Spain.  He and his family moved to the city of Barcelona in 1895, whilst he was just a teenager.  It was here that his love of the city began and where much of his early work was conceived.  Even though Picasso left for Paris in 1904, he still regarded Barcelona as his true home and is where he felt the most fitting place for his first museum would be.  The museum came about thanks to Picasso’s good friend and former secretary Juame Sabartes who donated a collection of the artist’s work to the city of Barcelona in 1960.  Three years later, the Picasso Museum opened its doors to the public.  Since then, then collection has grown in size with many more donations of work, including some from Picasso himself.  Today the museum boasts around 4000 pieces of Pablo Picasso’s fabulous work.

My visit to the Picasso Museum had been planned for a long time, not just because of my love of art but because I wanted to experience the formative years of this fine artist and explore his close connection with this historical city.  I arrived at the museum early in the morning to avoid the queues that are to be expected with such a popular attraction.  The first thing that caught my eye was the size of the actual museum – it occupies five town houses, or palaces as they are also known.  Dating back as far as the 13th century, the palaces offered some fine examples of striking Catalan Gothic architecture, very fitting for their purpose.

Entering via the Palau Meca, one of the museum’s palaces, I made my way to the first floor and the exhibition rooms that I had been waiting to see.  Every room was filled with beautiful masterpieces, each following a chronological order of Picasso’s years.  The first room I visited showcased Picasso’s earliest work, the Malaga/La Coruna period between 1890 and 1895.  The next rooms displayed the Barcelona years, then onto the Paris collection, the Blue Period and the Rose Period.  From here I made my way to through to the series of Las Meninas paintings, which Picasso himself donated to the museum in 1968.

By this point I suddenly realised that I had passed through all of the five palaces of the museum without even noticing, I was too caught up in the fascinating artwork that was on display.  I took a few moments to actually take in the charming features of the buildings, including the delightful courtyards and stairways.  My journey then continued throughout the remaining rooms of the museum, which detailed Picasso’s later years and his impressive ceramic collection, and back down to the ground floor where I found the museum’s gift shop.

The Picasso Museum certainly exceeded my expectations with regards to the vast amount of pieces on display.  I would recommend it to anyone who is eager to learn more about the early works of this highly respected artist.  More details regarding ticket prices, opening times and visitor information can be found on the museum’s website – museupicasso.bcn.cat/en/