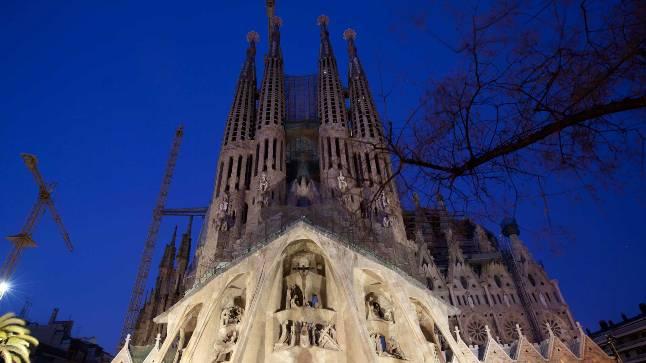 Barcelona is a city brimming with history and culture, with many must see sights and attractions.  One such sight, which is definitely worthy of a visit, is the stunning Temple de la Sagrada Familia – one of the city’s top tourist attractions.  Dating back to the late 1800s and still a work in progress, this beautiful basilica boasts a collection of simply breath-taking architecture and impressive construction. Come stay with us a find your short stay holiday Barcelona apartment.

Occupying a prime position within Barcelona’s modern Eixample district, the striking Temple de la Sagrada Familia, which translates to Temple of the Sacred Family, attracts visitors from all over the world with its wealth of history and unique architecture.  Work on the picturesque place of worship began in 1882 and was financed by only private donations, as is still the case to this day.  One year after work commenced, Antoni Gaudi – one of the city’s most famous architects, was appointed Director of the project and dedicated most of his life to the cause.  Gaudi is well-known for his modernist and art nouveau architecture which radiates throughout this beautiful basilica.  Amazingly, the Sagrada Familia is still a work in progress and is still many years off final completion.

The Sagrada Familia is a place that was at the top of my list of must see sights in Barcelona, so I made sure it was one of the first things I went to see when I visited the city.  Upon approach I could see the eight huge towers, which are dedicated to the Apostles, standing high above the neighbourhood.  When I arrived there, I took a good few minutes to gaze in amazement at the breath-taking architecture – an enchanting combination of classic, gothic Catalan styles mixed with contemporary features.

I entered into the temple, which was given the status of a mini basilica by the Pope in 2010, via the ‘Façade of the Nativity’.   Dedicated to the birth of Jesus, the Nativity façade was the first to be completed back in 1930.  Here I found some truly unique sculptures, typical of Gaudi’s work, such as figures of turtles, tortoises and chameleons – each symbolic in their own way.  I made my way into the centre of the huge building and was greeted by enormous, colourful columns and a truly iconic ceiling design.  Spaces in the flooring of one particular area, known as the apse, allowed me to view the temple’s crypt below.

At this point I made my way to the museum which tells the story of the construction of the temple through models, photographs and plans.  The museum also offers the chance to see what the completed building will look like in the future, including the Glory Façade which is currently under construction.  After watching a short video about the history of the temple, I continued through to the Façade of the Passion.  In contrast to the Nativity façade, the Passion façade is dedicated to the passion of Christ and depicts scenes from Jesus’ crucifixion, carved into the stone.  Before leaving the basilica, I browsed the souvenir shop which was filled with books, ornaments and pictures.

I would certainly recommend a visit to this superb temple to anyone visiting Barcelona.  The rich history combined with spectacular architecture sets the Sagrada Familia apart from many other churches in the city.

More information, including opening times and details of how to book a guided tour, can be found on the temple’s website.