Street Art in Barcelona: A Battle of Walls

Street Art in Barcelona: A Battle of Walls 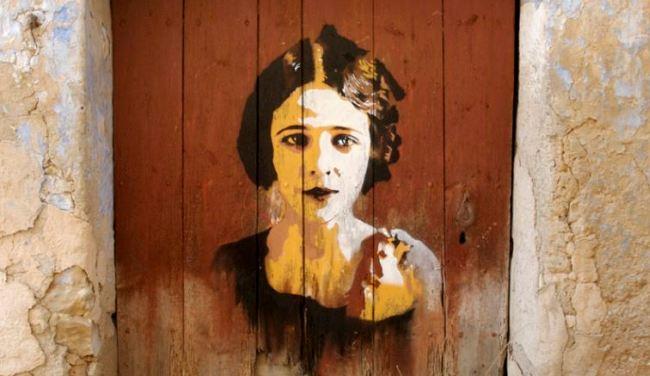 Barcelona is well known for spectacular graffiti, but strict legal opposition to street art in any form betrays a pervasive controversy.  When you’re in Barcelona, take a walk through the hundreds of colorful streets, parks and alleyways decorated by grafiteros and see which side you’re on.

Street art is innately public, and so as a whole it has to stand up to a level of controversy comparable to other public spectacles like Britney’s love handles, Kim Jong Un’s love life, Mel Gibson’s flagrant racism, etc.  The past has shown that Britney can fight her way back into our approval and even Mel’s ridiculousness is forgiven as soon as What Women Want plays on cable, but the dialogue surrounding street art is an ongoing battle that shows no signs of cooling.  Nowhere is the divide more apparent than in Barcelona, which is simultaneously home to a grand cornucopia of street art and artists, and to a time-honored and law-enforced tradition of blank city walls.

So What’s the Beef?

Of course, there’s the issue of private property: if I own a blank wall in the city, I want to choose what color to paint it—I don’t want some yahoo coming in one night and throwing up a 2-storey ode to Willie Nelson. But the crux of the issue seems to be whether the artist intends to beautify the public domain or whether they’re just marking their territory with toxic, non-biodegradable urine.  In Barcelona, The Law changed the discussion in a big way in 2011 by prohibiting store owners to hire street artists from decorating their roll-down security gates, which fairly nullifies the “it’s my wall, I’ll paint what I want on it” reasoning.  It seems like Barcelona’s anti-grafitero alliances are more concerned with kissing up to finicky artistic tastes held by the vocal few than with property issues, because The Rules say the government must approve of any painting that can even be seen from public places.

Obliquely opposing this nonsense is a growing set of spunky gallery owners who set up shop in posher districts around town and hawk commoditized and portable versions of street art.  Base Elements in the tourist-prime Barri Gótic welcomes artists from around the globe and flagrantly exhibits their street-art sensibilities through the windows to all who may pass.  Just a few blocks over is the Montana Shop and Gallery which proudly offers high-quality (Montana Brand, of course) spray paint next to clothing and less utilitarian works by street artists.  It may seem at first glance that by capitalizing on something inherently free, these galleries are somehow castrating the spirit of street art and robbing it of its anarchistic grit.  True, to a point, but what they’re also doing is doubly positive for street art and its various constituents:

1.  They’re helping legitimize popular street artists by putting large price tags on the same work that puts them at odds with the law.  I’m sure even the most diligent scrub-down-crew members think twice about nullifying a Banksy when his portables go for over 100,000 GBP.  What this also means is that newly legitimized street artists have new opportunities, new apartments, new circles of friends and, not surprisingly, a lot of them leave the street—we may mourn the loss for a time, but in a place like Barcelona there’s a line of young guns ready to fill the void and further The Cause.

2. The galleries place their wares facing out of floor-to-ceiling windows where it’s no more hidden than if it were out there on the freshly scrubbed wall next door.  Even more, they’re bringing graffiti into the neighborhoods that the city makes the most effort to protect and “keep clean.”  These street–art friendly galleries found a way to bring the system down from the inside and prove that the public’s brains won’t explode if they’re accidentally face-to-face with a piece of art they don’t like.

Another 80-degree turn from these gentrifiers of public art are the collectives and gallery-type things that first-and-foremost preserve the grimy spontaneity of street art.  La Galeria de Magdelena works in a variety of ways to bring art outside of stuffy fluorescent-lit interiors and encourage alternative and interactive appreciation.  They also work hard to fill empty walls on abandoned buildings, negotiating between trigger-happy painters and bureaucrats.

Coordinators of PobleDubSec makes sure that a corner of Barcelona untouched by restrictive graffiti law stays vibrant and gets used right.  They host concerts, street parties and “Graffiti Jams” during the summer to keep the vibe fresh.  And, of course, you’ve got the artists themselves, who say everything that needs to be said through their paint, tar, wheat paste or what-have-you.

As you’d expect from a graffiti hub this big, Barcelona’s scene is both disparate and cohesive, made up of locals, expats, oldskoolers, BFA holders and, of course, punk kids. If you’re thinking of tagging up that whitewashed brick next to your Barcelona apartment, you’d better make it good because there’s some tough competetion.  Here’s a smattering of the most prolific and loved/ hated of Barcelona’s own grafiteros:

But someone’s always moving up and out of the scene and getting replaced by some kid with a bandana and no desire to be in math class, so the graffiti players are in constant flux.  When you get to Barcelona just remember to keep your eyes peeled, because these walls are still a battleground, and what may be a masterpiece one day could be polished like a giant boot the next.