Museu Nacional d’Art de Catalunya – Over 1,000 years of art in one museum

Museu Nacional d’Art de Catalunya – Over 1,000 years of art in one museum 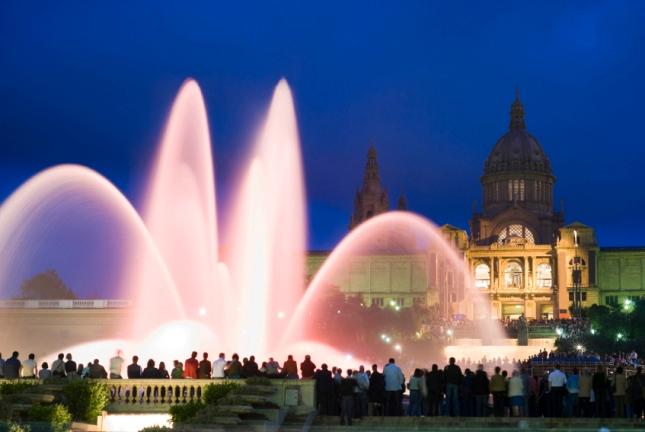 The National Art Museum of Catalonia (MNAC) is Barcelona’s and Catalonia’s most important art museum which holds impressive collections from the Romanesque period all the way to the 20th century modern art and the avant-garde movement. Inside you will find an inspiring collection of medieval paintings and works by artists such as Dalí, Picasso, Gaudy, El Greco, Zurbarán, Velázquez, Fortuny, Casas, Torres-García and Julio González. You will enjoy over one thousand years of art in a remarkable edifice worthy of such an impressive collection.

Housed in the magnificent palace (Palau Nacional) overlooking the famed fountains of Montjuic, the National Art Museum of Catalonia is as impressive from the outside as it is on the inside. The building was originally constructed as the Spanish Pavilion for the World Fair of 1929 which took place in Barcelona. Sitting on the flank of the Montjuic hill the Palau Nacional overlooks the city and its esplanade offers some of the greatest views of the city. It is surrounded by several other attractions such as the Magic Fountain in front of the main entrance, and edifices such as the Mies van der Rohe Pavilion or the Fundació Joan Miró both of which host exhibitions and occasional presentations.

Originally planned for demolition after the World Fair had ended, the building instead remained and in 1934 became home to an art collection that focuses on Catalan artists. Parts of the building, including the magnificent Oval Hall, were renovated for the 1992 summer Olympics in Barcelona while the rest of the building was restored at the beginning of this century.

The National Art Museum of Catalonia (MNAC), now housed in Palau Nacional, was created by the 1990 Catalan Museum Act/Law which saw the merger of the former Catalonia Museum of Art (founded in 1934) and the Museum of Modern Art (founded in 1945). Catalonia Museum of Art already possessed an immense collection of medieval paintings, reconstructions of church interiors with original murals and architectural fragments brought from the Pyrenees’ villages, and a complete collection of Spanish ceramics. Works by El Greco, Zurbarán, Velázquez and many others were also contained in the Renaissance and Baroque collection. The Museum of Modern Art brought in works by Gaudi, Picasso, Dali, Goya, Rubens and Tàpies among others, but also a rich collection of drawings, prints and posters.

The merger of the two museums saw the creation of the largest museum in Catalonia – the Museu Nacional d’Art de Catalunya (MNAC) and one of the most important centers for Romanesque Art in the world.  But MNAC has continued to grow since and has established the General Library of Art History and has also created a department of photography in 1996. Furthermore, it is also home to one of the most important public collections of coins and medals dating back to the 6th century BC. It now exhibits over 260,000 works of art covering various art disciplines including sculptures, paintings, drawings, engravings, posters, photography and much more.

If art gets you going you really do not want to miss the National Art Museum of Catalonia while you are in the city. You should plan to spend a few hours in the museum if you want to see the whole display, and while you are there you might also be interested to pay a visit to the Fundació Joan Miró housed nearby. The foundation, functioning as a museum/gallery, holds many of Miró’s own works but also works by Magritte, Greenaway, Chillida, Rothko, Tàpies, Saura and a host of young experimental artists. Also located within the Parc de Montjuic you’ll find the Archeology Museum (Museu d’Arqueologia) as well as the Ethnological Museum (Museu Etnològic). Finally, behind the MNAC you’ll also find stunning botanical gardens that are another one of Barcelona’s must-see sights.

In fact, the sheer volume of sights and content in and around the Parc de Montjuic can keep you busy for days and for that reason alone you might want to consider finding accommodation that is located nearby. The area around Montjuic is mostly residential and peaceful, yet close enough to the city center (Plaça de Catalunya) so that you can easily get there by metro, bus or even on foot. There are a few Hotels and Hostels in the area but short-term apartment rentals are a much better choice – not only because you can carefully choose your location but they also offer more comfort, privacy and are frequently a more economical alternative to hotels or hostels.