Beyond the Circuit – Barcelona’s LGBT scene is teeming with life year-round!

Beyond the Circuit – Barcelona’s LGBT scene is teeming with life year-round! 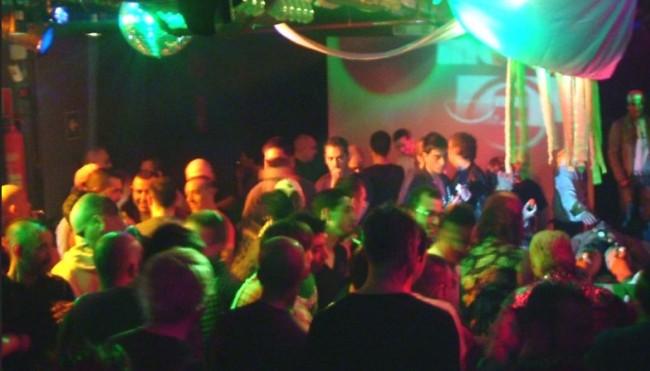 Bursting with life, beauty, history and culture, Barcelona truly has a lot of must-see sights and attractions that will keep you busy for days on. But if you’re also interested in the lesbian, gay. bisexual and transgender scene and nightlife – your nights might just prove even busier than those days! Come stay in one of our wonderful Barcelona apartments.

After General Franco’s death in 1975, Spain started a path of radical change by abandoning the right-wing Catholic conservatism and embracing a new democracy and liberal values. A great countercultural movement known as La Movida erupted with a wild, hedonistic and cultural wave of events. Freedom of expression was the main driver of the changes that followed as taboos imposed by the Franco Regime were broken one by one. Starting in Madrid, La Movida quickly caught on in Barcelona, Bilbao, Viga and other cities in Spain. The result of this movement was very clear as Spain went from being one of Europe’s most conservative countries to one of the most liberal and socially progressive countries in the world. Major cities like Madrid and Barcelona continue to drive the changes and set examples for other cities in Spain and the rest of the European Union.

Today, Barcelona is considered one of the most liberal and gay-friendly cities in the world, attracting other Spaniards to relocate from the more conservative parts of the country, as well as thousands of expats and tourists who want to live their life to the fullest! LGBT couples holding hands or kissing in public is a regular sight in the city, and the only thing frowned upon is homophobia and other forms of behavior that limit the hard-earned civil liberties and freedom of expression. Combine this with Barcelona’s astonishing architecture, numerous cultural attractions, famous nightlife scene, fine-looking people and LGBT & nudist beaches – and it’s no wonder this city has managed to become a Mecca for LGBT tourists! Truth be told, the local scene is undeniably more geared towards men, but there are still quite a few lesbian bars and clubs and many mixed venues.

The core of Barcelona’s LGBT scene is located in the L’Eixample district (often called “Gayxample” by expats and tourists or “Gaixample” by the local Catalans) which stretches west from the city center, just “above” (north of) the Gran Via Boulevard. The streets in this area are literally lined with gay cafés, restaurants, bars and nightclubs, trendy boutiques, sex shops and, of course, a couple of gay saunas. And while this area is the original “gay village” in Barcelona and has enough content to keep you busy for days, there are many hang-outs to be found elsewhere in the city which is definitely liberal and gay-friendly enough that you shouldn’t feel confined to the “Gayxample” district alone. In fact, you’ll find a lot of LGBT people throughout the city at almost any party, club or cultural event.

Consider starting your night in one of the bars in or around the Gayxample, like the laidback “Ambiente del Sur” (where you’ll also get free tapas ;)), the standard “Dietrich bar” or the sophisticated (and sophisticatedly priced!) “Lust”. Then head towards the city center and drop by the popular “7Sins” where you’ll find a mixed crowd, excellent food and cocktails and a dance floor downstairs where you can warm up for the rest of the night. Next stop – one of the killer clubs where you can dance the night away! For a more mixed crowd try “Arena” (www.arenadisco.com), a very popular club spread across four different venues (one ticket gets you to all of them!). If it happens to be a summer Wednesday night – then dress lightly and head for “Arena Madre” where you’ll find an unforgettable foam party that you’ll never stop talking about! Just remember to moisturize liberally afterwards as that foam does dry your skin out ;). Arena also has a sister club named “Aire” (www.arenadisco.com/aire.htm) -Barcelona’s biggest and best lesbian venue where men are welcome but only if they come with girl-friends. For a men-only option, consider Metro (www.metrodiscobcn.com), a popular disco that plays mostly house music, has a very active dark room and an occasional posing contest. Another great option is “El Cangrejo” – a legendary club known for its unique party atmosphere and regular drag shows. There’s quite a few other LGBT clubs in Barcelona that target specific groups and many places that offer theme parties and events for everyone’s taste. Don’t be afraid to grab a free guide/newspaper in one of the cafés or bars and see for yourself what’s on offer while you’re in the city!

Of course, it’s impossible to talk about Barcelona’s gay scene without mentioning Sitges- Spain’s premier gay beach resort located just south of Barcelona and easily accessible by train, bus or car. The ride/drive takes only 30 minutes and is sure to pay off! This beautiful beach town is packed with gay tourists throughout the year! Summers are all about the beach and hot tanned bodies, while winter is reserved for massive and famous carnival celebrations. Either way- you’ll not want to miss this charming town!

There are plenty of gay and gay-friendly hotels and hostels in Barcelona, and most of them are located in the Eixample district. However, if you want some more privacy and an option to take someone “home” after a night out – you should consider renting an apartment. There are many short-term rentals available in the city and most of them are located in the central districts, including L’Eixample. Competitively priced (often cheaper than hotels), apartments will offer you complete privacy while playing safe you will ensure that “what happens in Barcelona, stays in Barcelona”.

So what are you waiting for? Book your tickets and start packing those bags!