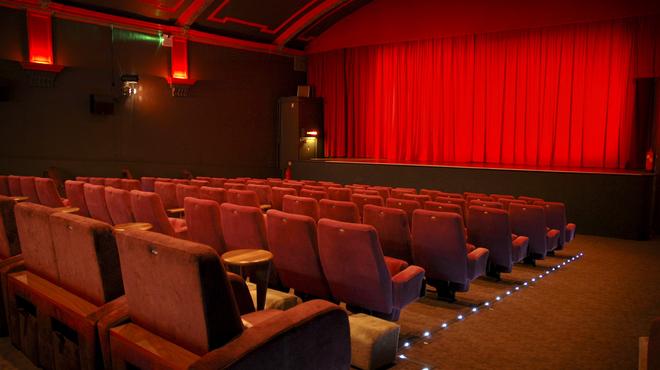 Film festivals in Barcelona are as ubiquitous as cafes in Paris or cobblestones in Prague.  A true cinephile’s paradise, the city keeps an ever-revolving guest list of A-listers, indie filmmakers, journalists and gawkers glued to their seats year-round with a multitude of festivals ranging from the niche to the mainstream.  If you’re in Barcelona, don’t miss your chance to bask in the celluloid glow of one of the world’s most enthusiastic cinema cities.

The history of film in Spain is roughly the same as any European country: turn-of-the-century single-reels (mostly religious subjects), Lumiere exhibitions, the occasional groundbreaking avante-garde masterpiece, stumbling over sound, fascist propaganda, reactionary left-wingism, etc, etc, etc until the late ‘80s when Spain really started to go film-crazy (and the film world went film-crazy for Spain, so it’s all good).

In recent decades, Spain’s film industry has seen exponential growth on all fronts.  Spanish A-listers are selling out premieres around the world, Spanish filmmakers are churning out imaginative and acclaimed pieces on a daily basis, and the Hollywood Machine is turning time and again to Spanish production companies and locations.  Barcelona is part of the scene in a big way, and is not only one of the world’s most beloved filmic backdrops, but is also one of the world’s most prolific festival hosts.  A staggering (best to be sitting down) number of festivals flood the city’s calendar year-round and show that Barcelona is as good at film appreciation as it is good-looking.

Here’s a not-at-all all-inclusive preview of some of the spectatorial opportunities a trip to the Catalan capital offers:

The Human Rights Festival has been championing the underdog since 2003.  Sister festivals in NYC and Paris help spread the word, but the its motherland is Barcelona.  Entries run the gamut of genres, with the one stipulation that “protection and defense of human rights” must be the main topic.  More than 120 feature and short films will be screened between two venues, the Girona Cinema and Maldà Cinema.

FICMA, as originally acronym-ed at its founding in 1993 in Barcelona, is now a 20-year institution with the claim to fame of being the longest running environmental film festival in the world.  A green-colored laundry list of celebrities—Leo, Goldie Hawn, Martin Sheen to name a few—have partnered in promotion of the festival and its mission, ensuring that the screenings here reach a much wider audience than just Catalan hippies.  Not surprisingly, five cinemas in Barcelona share the privilege of hosting this massive festival.

This festival gets involved hands-on with the filmmaking process by offering a pitching forum for filmmakers to score funding, screening rough cuts, and linking experienced funding tutors with young guns.  The festival has only been running since 2007, but it’s already attracting and exhibiting a wide range of international talent. Eight venues across Barcelona hold screenings, workshops, meet-ups, parties and everything else you’d expect from the fastest-growing genre in cinema.

Centering on the Calle de Call in the heart of Barcelona’s Jewish district, this festival aims to educate and remind the region of the importance of Jewish culture, both past and present.  Hollywood jokes aside, the festival attracts a quality selection of international productions with a variety of links to Jewish culture.  Yarmulkes optional.

Nearly in its 10th year of operation, l’Alternativa plays a large role in promoting and uncovering new film talent with less commercial-leaning ambitions.  The official section offers cash prizes for independent shorts and feature-length films, and the parallel sections let curators run mad with retrospectives and best-ofs.  One section is even devoted to student films, although no stipulations are made against super-super seniors or serial Master’s candidates.  In order to stimulate creativity and collaboration, workshops, master classes and various other interactive events take place alongside screenings.

Now you’ve seen the tip of the iceberg, but literally dozens of other festivals are going on all year round.  For slightly more comprehensive taxonomies of cinematic events, check out BarcelonaFilmFestivals.com or the standard About.com Spanish Film Festival Calendar, but even these devoted professionals couldn’t begin to reign in all that Barcelona has to offer the cinephilic tourist.

If you want to appreciate Barcelona’s celluloid history in a more participatory way, try one of these Barcelona Movie Walks. When you book your apartment, make sure you’ve got a screen big enough to enjoy your favorite Barcelona-based movie three or four times, then hit the streets with Barcelona Turisme’s movie maps and re-live your favorite scenes.  Hits like Vicky Cristina Barcelona, All About My Mother and L’Auberge Espagnole have all been mapped out.