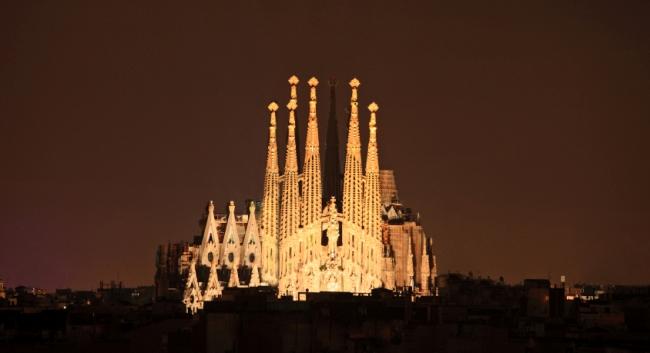 Barcelona is not only Spain’s second-largest city, but it’s also the capital (and first-largest city) of the autonomous region of Catalonia. While Barcelona is more Spanish than other parts of the region, it’s still a great place to experience Catalan history and culture. Come stay with us in one of our Barcelona apartments for your next holiday or short stay.

Barcelona is Spanish enough that you probably don’t have to spring for two Lonely Planet phrasebooks, but the law of Catalonia requires that all primary education and official writing must be in Catalan.  Practically speaking, what this means is that the average 10-year old in Barcelona will speak better Catalan than the average pensioner, and your Spanish II education won’t help you decipher street signs.  Besides maps, plaques and Parliaments, here are a few places where you’re sure to find that quintessential Catalan vibe.

Catalonia has a huge coast (and historical Catalonia even huger) so expect lots of tasty seafood—but a sizeable chunk goes back into the Pyrenees and the Spanish plains, so Catalan food gives you the best of both worlds (consummated in the May Y Mangagna, Catalan for “Surf-n-Turf”).  You probably won’t have time to sample everything, but try these places for a taste of “authentic” Catalonia:

Just off the (in)famous La Rambla pedestrian street in the heart of Barcelona is the massive La Boqueria market.  Here, you can sample butifarra sausage, fuet, bacalao cod, and anything else you can get your fingers on.  You can also opt for a prepared meal at any of the restaurants in and around the market.

A quick hike from Barcelona’s tourist center will bring you to this authentic Catalan gem.  Feast like a native and get a Xai Rostit Amb 12 Cabeçes d’All (lamb with tons of garlic) or a Fideuas (think Paella with noodles).

“New Catalan” is the inevitable trajectory of a cuisine that’s been around longer than Dracula, and this place will satisfy the most stubbornly contemporary of palates. With décor in between a restaurant and an Off-Broadway street entrance, Ticket is a great place to trade a pile of funny money for innovative Catalan flavors.

If, for some reason, you want to learn more about Catalonia than I already told you, the Museum of the History of Catalonia will be happy to oblige.  Their permanent collection offers a detailed history of Catalonia from prehistoric times, through political marginalization, industrialization, modernity and right up to now.  Exhibits are complete with glowing maps and skin-wearing mannequins.

The legendary Catalonian architect Antoni Gaudí certainly left his mark on Barcelona, and you won’t have to walk far to get a solid crash course on Catalan Modernist architecture. Arguably his most famous contribution, the Sagrada Famiglia, is one of Barcelona’s most-visited tourist attractions, despite the fact that it won’t be finished for another 15 years.  You can experience Gaudí’s versatility in other landmarks-about-town like the Casa Batlló, Park Güell, and Casa Vicens, all of which are UNESCO heritage sites.

Palau de la Musica Catalana (Palace of Catalan Music) is an architectural experience (and a museum) even without the music.  The Palau’s stained-glass window is a tears-of-pride inducing symbol of Catalonia, and the performances are not at all a gimmick.  You might want to schedule two visits: one for a tour, and one for a show.

Barcelona La Mercé, a marathon-length and often quite bizarre collection of celebrations is the ultimate in Catalan street festivals.  Held in Barcelona over 5-10 days in the end of September, La Mercé is subdivided into dozens of individual events, each flowing into (or competing with) the next.  Must-sees for the uninitiated are: Gigantes, Correfoc and Castellers.

Gigantes is innocuous enough, as a parade featuring massive and detailed replications of famous royalty and rich people. If nothing else, it’s a good place to study some history, and the kids will love it.

Correfoc, or “Fire Run” is a fascinating/ terrifying parade in which medieval-themed and thankfully-not-Macy-Day-size floats drench bystanders in sparks and fire.  Avoid application of certain insect repellants and perfumes before attending.

Castellers are a cross between cheerleading pyramids and giant beanstalks, wherein participants (seemingly well-practiced) stand in rigid formations on one another’s shoulders several stories high, then try not to sneeze while a small child climbs to the top.  Dense crowds are often the only safety net afforded the young daredevils, so the atmosphere at this spectacle is certainly taut.

All of these events will happen several times during the festival, so don’t cry if you miss one round. Check the Mercé schedule for more details, pictures and additional events.